On the "Open Way" of now, every act arises here. Through this spontaneous and natural function of no-mind love, Hogen invites us to see, to meet, to open in full discovery of THIS!

Zen Master Hogen-san the founder of Open Way Zen began his spriritual journey as a teenager, roaming the Japanese countryside from monastery to hermitage in search of the ultimate truth. Carrying few possessions, he visited a wide range of noted teachers, in both the Rinzai and Soto traditions. After many years of inquiry, he met an enigmatic monk, who, in response to a sincere question about the meaning of life, shouted "this is it!". That monk eventually became Harada Tangen Roshi, the widely respected Abbot of Bukokuji Monastery, and Hogen-san's lifelong teacher. Hogen San has also written about his life koan. 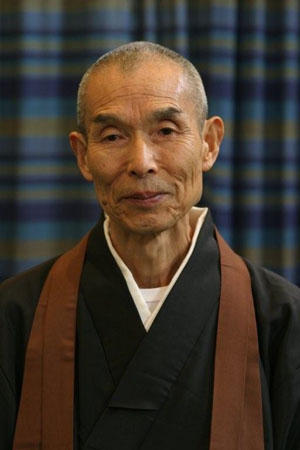 More than thirty years ago, after a term of solitary retreat, Hogen-san assumed responsibility for a vacant Soto temple. It is located in a traditional farming community near the foot of Mount Fuji. Here he established a simple lifestyle with a daily schedule of meditation, yoga, running and organic gardening. Recently his son has taken over as abbot administering the religious needs of his village and Hogen-san has retired from formal duties.

He has authorised a number of his students to teach zen.

Peter (Genjo) Bruza started zen practice in the late eighties with the Kanzeon Sangha (The Netherlands). His first teacher was Genno Roshi /(Kanzeon Sangha), who greatly helped him on The Way. After moving back to Australia he briefly studied within the Korean Kwan Um school of zen and then met is master, Hogen Yamahata at a sesshin near Byron Bay in 1995. Since then he has been studying under Hogen san's guidance and became a Dharma successor in August 2008. 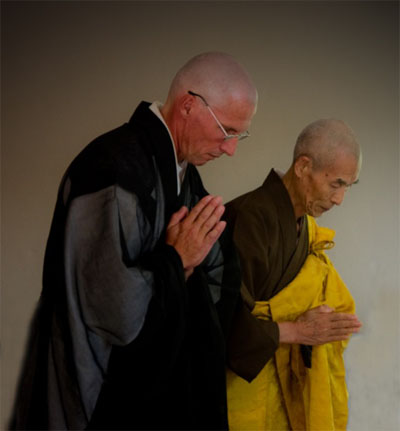 Peter developed a serious interest in zen during his mid teens but it wasn't until the early 1990s that he began regular practice. His first formal teacher was John Tarrant, through retreats with the Sydney Zen Centre. On moving to Queensland in 1996 he became, and continues to be, a student of Zen Master Hogen Yamahata. The late Chan Master Sheng Yen has also influenced his practice.

Peter's formal Jukai was with Harada Tangen Roshi (Hogen Yamahata's master) on 16 August 2001, receiving the Dharma name of Daigyo Genyo. Peter ordained as a monk on 18 April 2003, and in January 2008 Hogen Yamahata gave him authority to teach, lead retreats, and give dokusan. 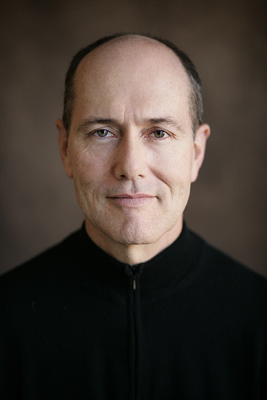 Eric developed an interest in Zen in his late teenage years which led to a short introductory course in Zazen in the mid 1970s. He dabbled more off than on until one day in 1990 while sitting at the end of a yoga class he questioned his motives. This led to a vow to begin there and then a full time Zen practice.

He has been running a Zazen group (with Hogen-san's permission) in Murwillumbah since 2007. Details of this group can be found on the practice page 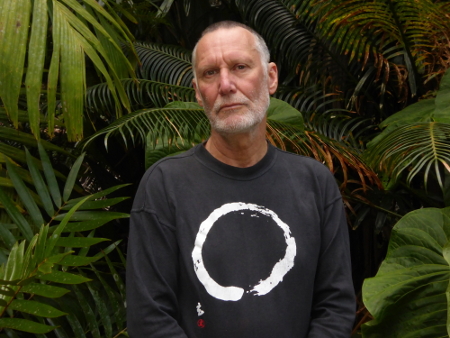 Mark has a long history of Yoga and Buddhist studies and teaching for over 20 years. He met his first Master HWL Poonja (Papaji) in Lucknow India in 1992 and continues to be a devotee of his. He then went on to study and teach Yoga in the Ashtanga and Iyengar lines, his principal teachers being Nicky Knoff, James Bryan, Pattabhi Jois and BKS Iyengar.

In 2001 Mark met Hogen-san and after a long time yearning to become a monk, he ordained with him in 2003. He continues to be a student of Hogen-san’s and a member of the Open Way Sangha and in 2016, Hogen san gave him permission to teach, give dokusan and lead retreats. 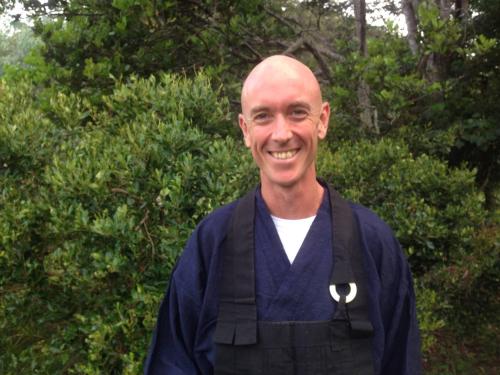 Emma has always held a strong curiosity about what Zen calls the Great Matter, and explored various other spiritual traditions before beginning practice with Open Way in 2009. Attending her first sesshin in January 2010 she felt like she had come home, and she took Jukai with her teacher Genjo shortly afterwards. He continues to be a generous guide, ordaining her as a monk in 2017 and encouraging her to dive deep in her study. During 2018 she undertook a contemplative residency at Upaya Zen Centre which also greatly enriched her practice.

Emma is particularly interested in how Zen practice can reveal the freshness, vitality, authenticity and joy of the life we are living right now—THIS life! 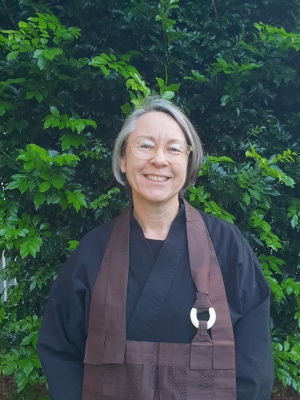 There are also a number of teachers affiliated with Open Way Zen. Click here to view affiliated teachers.